I went back to Fallout 3 recently, to finish the final set of achievements I hadn’t yet mopped up, including the ones for reaching certain milestones with neutral karma.  I hit the neutral karma ending, and it reminded me of something that bothered me about the game.

A little context here.  Before any of the downloadable content was released, the ending of Fallout 3 had the Lone Wanderer (the player) and Sara Lyons, a member of the Brotherhood of Steel, fight their way to the control roam of Project Purity.  After defeating the Enclave, they find that the control room is awash with radiation, somehow damaged in the fighting or sabotaged by the Enclave.  The Project will be destroyed if the systems aren’t reset, and your father’s dream to bring pure, clean water to the Wasteland will be lost.  Either you, or Sara, need to go into the room and enter the code to reset the system.  Whomever goes in will be killed by the radiation.

At this point, the good option is to sacrifice yourself to save your father’s work.  The neutral ending is to let Sara do it.  The evil option is to taint the project with the FEV virus, but we are just going to look at the good and neutral choices here. 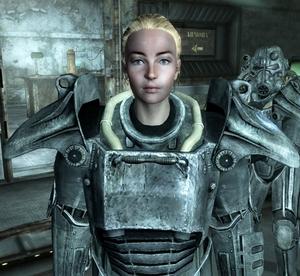 If you let Sara reset the Project, when the credits at the end of the game roll, it will say the following:

“It was not until the end of this long road that the Lone Wanderer was faced with the greatest of these virtues; sacrifice.  But the child refused to follow the father’s selfless example.  Instead, allowing a true hero to venture into the irradiated control chamber of Project Purity.”

This is completely fair.  You let Sara knowingly walk to her death, when you couldn’t, to save your parent’s life work.  Compounding this is the control room is where your father died himself earlier in the game, protecting the secrets of the project and the Lone Wanderer from the Enclave.  If you allow Sara to do this, you did not learn your father’s lesson of sacrifice.

The problem I have arises if you complete the game after the Broken Steel Downloadable Content has been installed.

The basic assault on Project Purity remains very similar, except if you have a companion, they can come with you.  When it comes time to reset the Project, you can send your companion in with the code.  If you do this, the voiceover above still plays with the final credits, except instead of Sara’s picture, it shows the companion you sent into the radiation instead.

An Example (not mine)

The problem is that once your companion shows up, you are not necessarily sacrificing anything. 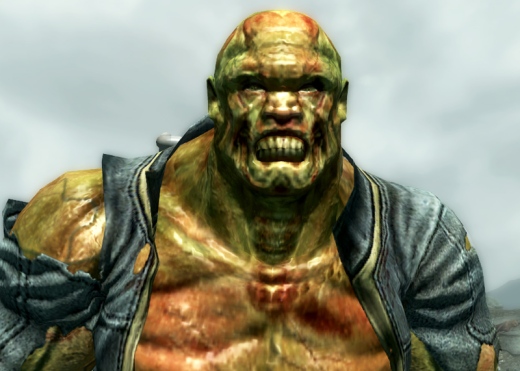 Fawkes, one of you possibly followers, is a Super Mutant.  Both Sara and the Lone Wanderer are human, and the high level of radiation will kill them in the Control Room.  When you first meet Fawkes, he convinces you to let him out of a cell, in exchange for him retrieving an item from a high radiation area.  In the conversation where you ask him to go restart the project, he agrees he is the best choice, because of his immunity to radiation.  After the credits finish, Broken Steel places you in the hospital in the Brotherhood of Steel Citidal, and Fawkes is waiting, completely fine.  In this instance, there was no sacrifice.  No matter who goes into the control room, both Sara and the Lone Wanderer are knocked out, and both are in comas for two weeks.  Fawkes is fine, thanks to his immunity to radiation.

Then again, he’s not the only companion immune to radiation.

Today, we build robots to go into situations too dangerous for human beings.  This is one of the expressed reasons the military builds robots, and even if artificial intelligences deserve special consideration, sending in a robot to an irradiated zone is not a sacrifice.  It’s a function of the robot, and it is the correct solution to a problem.  Sergeant RL-3 should be a perfectly acceptable option.

Charon is a ghoul, a human who has been irrevocably altered by high doses of radiation.  In Fallout mythology, in some rare cases, instead of dying, an irradiated person turns into a ghoul.  These beings aren’t just immune to radation, it actively heals them.  Charon can also be sent into Project Purity.  It does take some insistence on the Lone Wanderer’s part, but Charon can head into a room which is, quite literally, restoring him, and reset the project.

The lesson the Lone Wanderer was supposed to learn from James about sacrifice is not the one this ending implies.  James makes two big sacrifices in Fallout 3.  The first is after his wife dies and the Lone Wanderer is born.  He gives up Project Purity, his life’s work, for the safety of his child, moving into Vault 101.  While he continues to research the Project using Vaultec resources, he no longer actively pursues it.  Once his child is of age, and safe within the Vault, then James leaves to once again work on the Project.

James second sacrifice comes when he is locked in the control room of Project Purity with the Enclave.  In order to save the Project, and his child, he floods the control room with radiation, killing the Enclave present.  He had no other way to fight the Enclave, to protect his child or his work.  Sacrifice was actually required here.

But James was very pragmatic throughout the whole game.  He took the hard or the dangerous path when there was no other choice.  James was never looking to die.  He wanted to complete good works, and he understood it required the cooperation of others.  He had help from Doctor Li, and the Brotherhood of Steel.

The problem here is the very nature of DLC.  When Broken Steel was added on, the ending wasn’t changed enough.  It didn’t account for the fact that the companions sent in could save the day without sacrifice.  This was either an oversight, in that the voiceover was not updated, or a thematic mistake.  If the point of the game is to demonstrate sacrifice, then all other options need to be exhausted.  It is a sacrifice to throw yourself on a live grenade to save the people around you.  If you pulled the pin in the first place, it’s not really a sacrifice as much as a suicide.  While other options exist, dying to achieve this end is unreasonable.  It is not the lesson or the example provided by James.

Games are a unique medium in the fact that they continue to change.  Movies, plays, paintings, books, and TV series do not go back and add on new content in the same way.  In some cases, there are special editions, directors cuts, and rereleases which alter the original work, but it is not expected that every piece of work in these fields will see later updates.  DLC is expected for games, and it can make it more difficult to hold a theme or consistent narrative.  This was definitely a misstep in Fallout 3.  It should be obvious at this point that I love this game.  It has some of the best storytelling in the current generation of gaming.  It is the strength of the rest of the work that makes this moment so glaring to me.

When creating additional content, game designers need to be incredibly careful to match the message with what came before.  To chastise a good karma character, who has made all the right choses throughout the game, with censure for sending Fawkes into the control room, is to belittle the choices that player made throughout the game.  The chose to send in a radiation immune companion should be applauded.  Given the option, I’m certain James would have done the same thing, and the Lone Wanderer should have this considered a legitimate choice.  The ending voiceover should not scold them for it.

It needed to be changed, because you are no longer asking Sara to die for your in game avatar.  This needs to be recognized, and it was a failure in the new options.  Either companions should not have been allowed, or the message needed updated.

The second best Renegade Folk Hero to come out of Stettler, he is a well known liar. Look at him, in that profile picture. He cannot play t
View all posts by renegadefolk →
This entry was posted in Fallout 3, Theme Analysis and tagged Broken Steel, brotherhood of steel, Charon, DLC, Enclave, Ending, Fallout 3, father, Fawkes, James, Project Purity, Sara Lyons, Sergeant RL-3. Bookmark the permalink.